This is also him.

And if you need a size comparison, he’s the dude in jeans here, picking up that other giant fighter.

One week away until the roles are reversed for my comeback fight and debut in @bellatormma This is my all-time favorite picture of Big Josh "Cuddly Bear" Copeland and I… He KO'd his opponent last Friday in the first round, I'm hoping for something similar on @spiketv August 28th. Like or share this post if you'll get a chance to tune in 🙂

He’s 28 years old, and is now fighting professionally for the first time in five years. That time off? It wasn’t an injury. It wasn’t a suspension. It was a time of building a life of love.

Let’s look at more pictures. Like one of him tickling pygmy children in the Congo.

Or showing the pygmy people photos of themselves for the first time.

Seeing pics of themselves for the FIRST time! #fightfortheforgotten

Or having his hair done.

When your the only man with long hair these kids ( and adults) have ever seen… Your gonna get your hair-did! #CongoFun #IloveTheseKids

Or as long as we’re sharing videos, how about the first time the people he’s helping saw a white guy?

Wren quit fighting through what probably could have been his strongest years — his mid-20s — to start a nonprofit to help the Mbuti Pygmy people get clean water. Fight for the Forgotten and its partner, Water4, dig wells to draw clean water for a people who are enslaved. Workers go to the fields for oppressors to earn two bananas a day to share among families of four — it’s just enough food to keep them healthy enough to work, and it keeps them coming back to work because they need the food.

These are people who are still using army ants to stitch wounds — they have the ants bite the wound, then break off the body, leaving the fangs in to act as staples.

Wren has suffered malaria, parasites and other tropical diseases. His organization employs 17 people full time, but has dismissed more than that to find the right people — people who can survive dense jungle for a month or two at a time, return to the U.S. for a couple of weeks to recover, then go back.

He’s back to fighting so that he can raise further awareness, and he’s a partner in a documentary on his journeys.

He was on Joe Rogan’s podcast this week (he’s been on before), and around the one hour, 20 minute mark, he renders Rogan pretty much speechless. It’s really amazing listening to Wren talk with such passion and humility, especially while Rogan explains to him that in a few generations, he’s going to enter tribal mythology. As a giant, white, hairy myth. 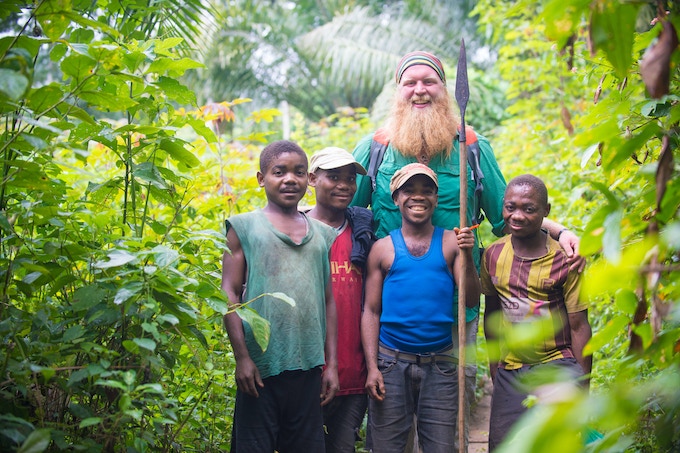 If you’re looking for more love, you should also listen to Kevin Rose’s discussion with Scott Harrison of charity:water.

Now, the question I pose to you is: Could you love anything this much?